Homeopathy is a structured system of approach towards health & disease with the sole principle of similarity. It is purely scientific because the perceptions are based on successful experiments. The mission of every medical science that has been developed over the ages, is to heal the sick. Every system is successful in its own way, whereas homeopathy increases immunity and recharges the defensive cell mechanism in a human body. These defensive cells fight the sickness with incredible results. There are no toxic effects of the remedies and they are absolutely safe for all the age groups. 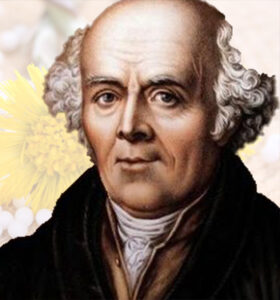 Homoeopathy is a medical science that was discovered in the late 18th century by Dr. Samuel Hahnemann (1755-1843). He was a conservatively qualified German physician, who eventually felt dissatisfied with the medical practices of his day, which was comprised of large doses of drugs. He then started researching for alternative forms of medication which were not up to his expectations. he eventually abandoned his practice for a long time. However, towards the end of 18th century, he performed an experiment on himself, with cinchona bark (quinine) to note the effect. This came to him as a surprise in which he experienced for a few hours, symptoms of Malaria. This experiment provided food for his thought. He realized that quinine treats Malaria because it can produce symptoms of Malaria in a healthy person. This idea acted as the seed of homoeopathy. Hahnemann was of the belief that “like c ures like” He believed that minute concentratio.

Homoeopathy came to India in the early 1810, through travellers and missionaries from the West. Initially, homoeopathic medicines were prescribed by homoeopaths to an individual only after a detailed analysis of symptoms that occurred in the individual. Certain remedies in homoeopathy have been found to be effective in certain conditions in some patients.

Popularity of Homoeopathy in India

India has become a hub for homeopathic system of healing. India has the largest number of homoeopathic practitioners in the world and also has the largest number of homoeopathic colleges with the most well defined course curriculum in our country. The manufacturing of homoeopathic medication is a growing industry and is quite challenged. It is challenging because of the undetectable nature of the composition of substances of the final medicine but the results of the treatment through these medicines are visible and obvious.

Homoeopathy has gained popularity in many Asian countries out of which India, Pakistan and Sri Lanka are leading. Homoeopathy has been curing a large number of people than any other system of treatment and cure. In India, more than 100 million people completely depend on homeopathic treatment system. There are a number of State and Central government owned homeopathic inpatient hospitals in India.

The goal of the homoeopathic treatment is to encourage the body to return to a natural state of balance and health. Like the missing pieces of a puzzle, homoeopathic medicines help “fill-in” the gaps in the body to stimulate a person’s own healing potential and energies. When this occurs, the person will have access to the body’s natural strength and wisdom, so that more conventional medicines and chemical-based substances may not be needed.

Growth and Demand of Homoeopathy in India

In India homoeopathy has been a very well established system of medicine. The World Health Organization has found homoeopathy to be the second largest medical system with a growth rate of 20-25% every year. In India alone, more than 100 million people are solely dependent on this system of medical care. The recent statistics also reveal that In the next two years the number of homoeopathy users will grow to 160 million. According to a survey conducted by A.C. Nielsen India, 62% of homeopathy users have never attempted treatments with conventional medicines and 82% do not switch to conventional treatments.

India has more than 70,000 board certified homoeopaths, hundreds of homoeopathy clinics and many homoeopathic medical institutions. Homoeopathy also being used by 500 million people and more worldwide, making it the second most broadly used medicine in the world. The expanding demand for homoeopathy and its legal acceptance has been noted widely in 66 countries.

Homoeopathy has become popular with the growing requirement of curing problems that become a nuisance to our daily lives. The fact that homoeopathy is completely natural and does not have any side effects, has created a tremendous inclination in the public to use homoeopathy as a curing alternative to their problems.

A separate ministry has been set up for health sector by Prime Minister Narendra Modi in which Homoeopathy is a strong area that helps a large audience with a sanction of around 4000 crores for homoeopathy and is now being used to start homoeopathy centers in AIIMS to popularise it.

Information Technology plays a vital role in the growth of homoeopathy and it’s popularity. Communication and relationship have become a key factor in the development of a patient process today. This involves making the patient feel comfortable with the assurance of providing proper treatment.

In this digital age where technology has become an answer for every search, IT plays a significant role in bringing this system of healing to a platform where people can easily connect. The digital age has advanced so much, that people choose online consultations to save time.

On the other hand, to maintain good health after their consultations and treatment, the digital world makes it easy to find informative remedies too. Homoeopathy blogs and articles are becoming popular day by day and a large audience has been banking on homoeopathic remedies. With the growth and development of IT today, homeopathic practitioners have been able to heal many people with effective results without any much of trips to doctors.

Patient compliance is an important aspect of medicine and this requires to be built by motivating the patients. In today’s scenario, it has become extremely important for doctors to be well connected with their patients and motivate them to lead a healthy life. A large chunk of the Indian population has been noted to start treatments but end up discontinuing midway. This attitude in people has been seen not only with homoeopathy users but also in all other systems of medicine. IT helps in acting as a medium in the scalability and sustainability of the doctor’s performances. IT has the power to connect doctors and patients for the progress in the areas of treatment and in motivating the patients to have a healthy life.

Foreseeing the future of Homoeopathy

Homoeopathy is an unproved science

Fact: Homoeopathy depends on experimental and pharmacological data. Homoeopathic medicines have been exclusively researched on for their competence in varied evidences. Principles of homoeopathy are generally based on sound logic and experimental proofs.

Fact: Homoeopathy acts rapidly in acute conditions and is most effective on infections, cold, cough, allergies, sinusitis, loose motions, headaches, tonsillitis, stomach pain and many recurring ailments. It works like antibiotics nullified side effects. Most people recourse in homoeopathy as an alternative treatment for chronic ailments which unfortunately take longer to treat because of the delay. Homoeopathy also is aided to prolonged cases of arthritis, allergic asthma or skin disorders etc., that take time to heal, with any other medication.

Fact: Homoeopathy is just another system of medicine. It has it’s own limitations and cannot treat cases that require surgical treatments.

Homeopathic doctors are quacks who have no formal training in Medicine

Fact: Homoeopathy is practiced by qualified homoeopaths and is a complete clinical study altogether. In India, there are more than 200 homoeopathy medical colleges with a global count being close to 500, which offer a basic degree and postgraduate curriculum in Homoeopathy. As on date, there are close to 2,00,000 qualified and skilled homoeopaths in India and at least half a million of them across the world.

Fact: Some patients are asked to avoid certain food types and some particular foods and beverages like onions, garlic, coffee, tea, tobacco, alcohol etc. as these food compositions might have unwanted reactions with certain homoeopathic medicines.

Homoeopathy is only useful in chronic cases and does not have much effect on acute ailments.

Fact: Where every other treatment has not worked people often turn to homoeopathy with their prolonged ailments getting onto an uncontrollable stage. After constant allopathic treatment, any illness becomes chronic. Using homoeopathy from the very start helps in reducing the recovery period. But to answer the myth, homoeopathy is equally effective for both acute and chronic ailments.

Fact: Homoeopathy can definitely be an effectively in the treatment of diabetes. The main concentration is on the functioning of the pancreas producing insulin at right intervals and amount. Patients who come with insulin replacement are advised to continue the replacement while starting homoeopathic treatment for them. After few months, when the blood sugar levels are noted to be in control consistently, the patients are weaned off the conventional replacement treatment. Symptomatic treatment can also be a way to keep the sugar levels in control.

All the medicines are same white pills. Are they effective?

Fact: Depending on the type of illness, homeopaths provide medication. The sugar pills act as vehicles for the medicine to transfer. The medicine that is selected, is out of a variety of over 3000 different dilutions and is inclined towards the curing of individual’s problems.

How Does Homoeopathy Work?

Homoeopathy believes in a self-driven force that rules the harmonious functioning of health, known as vital energy. While a person is ill, this harmony in the flow of vital energy is ruptured. This ruptured energy comes out through altered emotions and feelings as well as the altered physical sensations. Therefore, what we notice as signs and symptoms are not diseases, but a simple reflection of disrupted vital energy.

Homoeopathic treatment is dynamic in nature. It helps enhance the unbalanced energy and restore smooth performance of all important functions in the body which refers to ‘Good Health’ if supervised on the basis of symptom similarity.

The main point of homoeopathy which is often debatable is that the medicines are diluted to a point where the molecules of the original substance will completely get dissolved.

A recent research was conducted on hydrogen bonds in water by a Swiss chemist, Louis Rey. He noticed that the structure of hydrogen bonds in homoeopathic dilutions of salt solutions is different from the structure that forms in pure water. He concluded that the phenomenon results from the extensive shaking of solutions that occurs during homoeopathic ‘succussion’. Moreover, the usage of the laboratory method called spectroscopy, there have been findings that different homoeopathic medicines and dilutions of the same medicine can be distinguished from one another, even though all of it must contain only water. Homoeopathic dilutions have a significant effect on living organisms which has been examined and observed under laboratory conditions. An extremely high dilution of histamine may exert biologically significant effects on white blood cells that act as the immunity building factors in a human body.

There more than 2000 homoeopathic medicines that have been proved and are being used world over. The process of preparing these curing agents is medically unique. Homeopathic medicines are very effective in treating the cause of the illness from the roots, instead of superficial treatment which is temporary.

Strength of the Homoeopathic Remedies is Based on the Dilution Percentage

Although homoeopathic effects are opposite to conventional treatments and their effects, where a stronger dose of medicine has a faster impact on the body, there are a few conventional medicines that have reverse effects with lower doses.The effect of homoeopathic remedies is based on the percentage of dilution. The stronger the dilution percentage is, the higher the potency of the remedy becomes. If the remedy is low on dilution, the effect of the treatment slows down.